An exploration of solutions for fire suppression, damage control, and safety at your Toronto-area industrial or manufacturing facility. 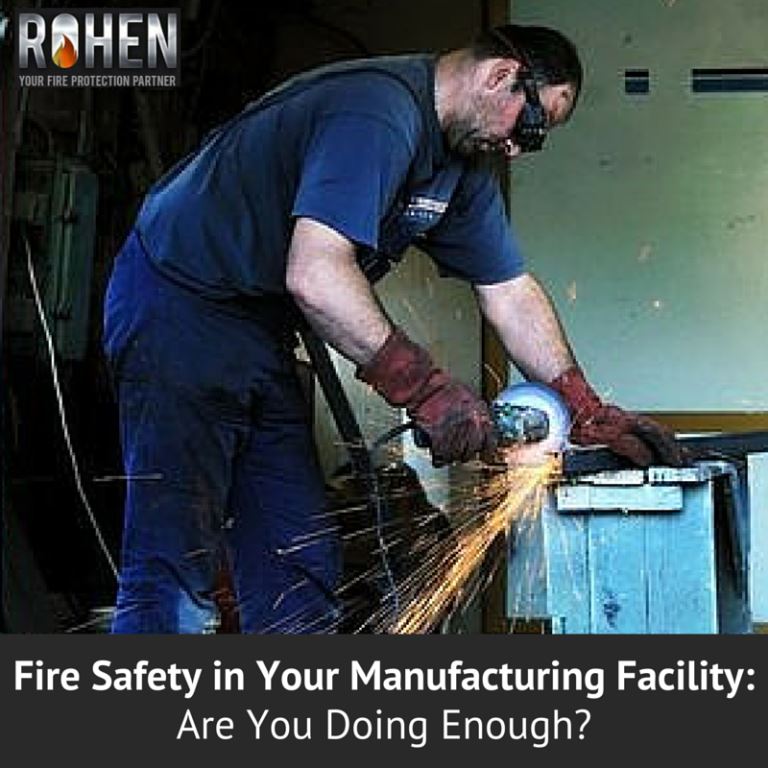 Multiple major fires at industrial and manufacturing facilities have made the local Ontario news recently. Some recent examples come to mind:

The Abnormal Situation Management (ASM) Consortium also keeps a running log of media reports of global incidents involving process industries, many of which are fires and explosions.

Research on Fire Damage in Manufacturing and Industrial Facilities 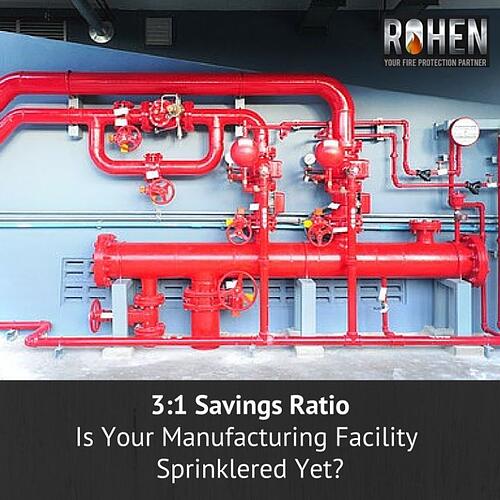 What Are Your Fire Suppression Options?

When you need to protect your machines from fire, options include standards like fire extinguishers, fire signs and labels, fire doors and emergency lighting. But if your plan depends on the ability to control small fires with portable extinguishers, keep in mind that machines often ignite within seconds of a spark, fires are often hidden from view in machinery, they may occur when no worker is nearby, and explosions may happen before there is time to react. So even with well-trained and willing workers, that plan may be unrealistic. Your fire safety measures should work without human intervention.

Additionally, overhead fire sprinklers may be required by code, but even they may not go as far as you need to limit your property damage. The best fire safety plan for you will be made as a strategic business decision, as well as a compliance requirement.

Here is a look at two types of fire suppression tools for the industrial and manufacturing environment:

People often worry that sprinklers will damage expensive equipment. They might. But it’s much more likely that they will save more of your equipment, personnel and the building itself, putting a serious dent in your potential loss. In NFPA studies of fires in manufacturing facilities, deaths were 88% lower and direct property damage was 38% lower where wet pipe sprinklers were present. A number of studies of manufacturing, industrial, and warehouse fires ballpark the savings from fire sprinklers at approximately 3 to 1 (or more) when comparing damage costs for sprinklered facilities to non-sprinklered facilities (see Liberty Mutual and Business Sprinkler Alliance studies). Considering the clear benefits, it’s a shame that as recently as 2007-2011, sprinklers were present in only 48% of manufacturing facilities during reported fires.

The extent of your potential damage depends greatly on the type of fire suppression system you install. Sprinklers only operate at the source of fire; with the vast majority (88%) of wet-pipe sprinkler systems using just one or two sprinkler heads to control a fire. This limits damage from either the fire or the sprinkler to a confined area, while preventing the spread of fire and more extensive damage. And, your odds of taking a loss on a machine are greater when it is subjected to fire (or even the high pressure water hoses used by the fire department) versus water from a fire sprinkler.

The NFPA has been keeping statistics on fire sprinklers since 1896, for over 100 years. Their data show wet pipe sprinklers operated in 86 percent of fires and operated effectively in 84 percent of fires. You can read more about fire sprinklers here. Sprinklers offer fire suppression you can count on, but because of the unique fire risks and costly equipment in manufacturing environments, you may need to go even further to protect your business.

If you want to protect your machines, you may consider supplementary options such as foam or dry chemicals to extinguish combustibles used in machine tooling. Clean agents are gasses with extinguishing capabilities that “wash” machinery, inside and out, even in hard to reach areas inside machines. They can be used locally (directly on a fire), or via a “total flooding” mechanism. Both approaches are designed to extinguish a fire in its incipient stage, before it would even generate enough heat to activate the sprinkler system.

Clean agents are non-toxic and are effective on Class A, B, and C fires. They are nonconductive, noncorrosive, do not leave residue and will not harm your machinery or contaminate the expensive oils used in CNC machines. Halon, which was previously used, has been phased out since its environmental risks were identified in 1987. You can learn more about the types of clean agents from the Fire Suppression Systems Association here.

Local application of clean agents is likely the best match for most manufacturing or industrial facilities, though it depends on your specific needs. An example of a locally applied clean agent solution is one featured recently on both Production Machining and Modern Machine Shop. It’s a supplementary fire suppression system by Firetrace International designed to protect the CNC machines used in industrial machining centers. It’s integrated at the machine level, using pressurized tubing which bursts when exposed to fire and releases an extinguishing agent. There are many different options to customize this solution but Modern Machine Shop says typical installations cost about $3,000-$4,000 per machine and can detect a fire 10 times faster than other methods. It operates without electricity, allowing it to also protect equipment that has been powered down.

(Note: the mentions in Production Machining and Modern Machine Shop appear influenced by Firetrace International rather than being strictly editorial or third-party reporting, and our mention should not be taken as an endorsement. However, it still provides an excellent example of a machine-level fire suppression solution specifically designed for the manufacturing environment. It is not the only available option). This type of solution is definitely worth further research and consideration if you use costly machinery.

Here's a video of another suppression solution for machine tools from Siemens.

Total flooding gaseous suppression systems may be a less likely solution for manufacturing facilities, unless you have property so costly or irreplaceable that the higher cost is warranted. They require airtight, enclosed spaces and are more costly due to their complexity, with an estimated $3-$5 cost per cubic foot (according to Buildings Magazine). They are often used in electrical rooms, computer rooms, and for art and culture collections.

Manufacturers should also be aware of explosion suppression technology. There has recently been significant attention to safety concerns around dust explosions (such as those that occurred at sawmills in British Columbia). For that reason, the use of explosion suppression systems is on the rise. They include three parts: pressure sensors, an extinguishing agent (such as carbon dioxide, halon substitutes, or water), and a control panel. These systems are more complex, so to get a better idea of how they work, here is a video illustrating one company’s explosion suppression solution:

We've put together a Starter Guide to Safety Options for Manufacturing Facilities which includes some initial questions to consider as you explore your options and start doing a cost-benefit analysis of your choices.

If you are in the greater Toronto area, don’t hesitate to call on Rohen with questions about fire safety for your manufacturing or industrial facility.

Get more information and ideas in our new Starter Guide: 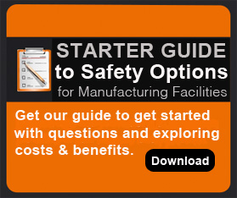